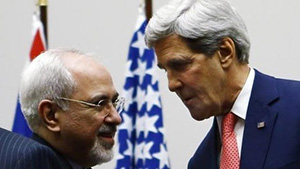 Iran has agreed to curb some of its nuclear activities in return for about $7bn (£4.3bn) in sanctions relief, after days of intense talks in Geneva.

The deal will last for six months, while a permanent agreement is sought.

US President Barack Obama welcomed the deal, saying it would “help prevent Iran from building a nuclear weapon”.

Iranian President Hassan Rouhani said Iran’s right to uranium enrichment had been recognised. Israel, however, said the agreement was a “historic mistake”.

In a nationwide broadcast on Sunday, President Rouhani repeated that his country would never seek a nuclear weapon. He hailed the deal, saying it met one of Iran’s fundamental principles.