Home » Israel » The World against Israel

The World against Israel

The World against Netanyahu

Netanyahu faces perhaps his most challenging test: To stand up for Jewish rights in Jerusalem and Yesha or bow to international pressure. 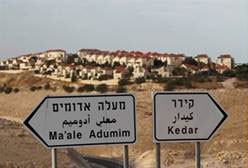 Signposts in the Judean Hills east of Jerusalem

Australia has joined France and Britain by summoning its ambassador to convey its “grave concern” over plans to build homes for Jews in Jerusalem, Judea and Samaria.

Australia is a long-time friend of Israel but disappointed Jerusalem, as did even the United States, by deciding to abstain instead of voting against the United Nations resolution to grant the Palestinian Authority Non-Member Observer status, thereby acknowledging its unilateral political and territorial demands.

“Australia has long opposed all settlement activity,” said Foreign Minister Bob Carr, but he still hangs on to the dead and buried concept of negotiations between Israel and the PA for the establishment of a new Arab country within Israel’s current borders. He said that plans to withhold tax revenue from the Palestinian Authority in order to pay part of the astronomic bill for the electricity supplied by Israel, “enormously complicate the prospects for resuming negotiations between the two sides.”

The United States and Europe have stepped up pressure on Israel to reverse course over building plans for Jews, which they see as a threat to the viability of a future Palestinian Authority state.

The World against Israel in Bible Codes by Rabbi Glazerson