The Terror Attack in Paris France 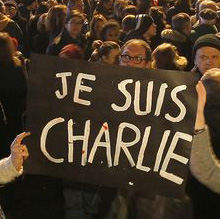 Four of the magazine’s well-known cartoonists, including its editor, were among those killed, as well as two police officers.

A major police operation is under way to find three gunmen who fled by car.

President Francois Hollande said there was no doubt it had been a terrorist attack “of exceptional barbarity”.

It is believed to be the deadliest attack in France since 1961, when right-wingers who wanted to keep Algeria French bombed a train, killing 28 people.

The masked attackers opened fire with assault rifles in the office and exchanged shots with police in the street outside before escaping by car. They later abandoned the car in Rue de Meaux, northern Paris, where they hijacked a second car.