The Hatred of Jews 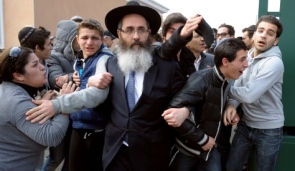 Several Muslim and Jewish leaders appeared united on French television after the attack in Toulouse, but officials within the Jewish community have no illusions: French Jews and Muslims are deeply divided.

“Many hate Jews because extremist imams denigrate Jews in their sermons. They say we’re Israel’s puppets. Moderate Muslims try to fight this hatred, but they’re being threatened, and they get no support from the state.”

The Hatred of Jews in Bible Codes by Rabbi Glazerson