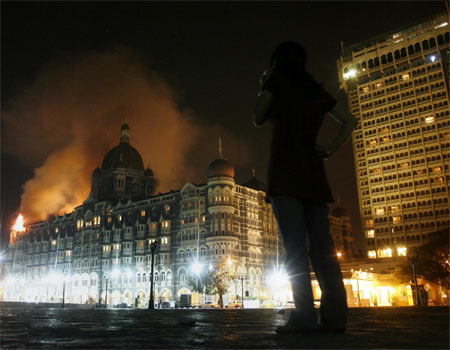 The 10 Mulsim jihadi terrorists, aged between 20 and 23 years, belonged to the Pakistani militant Islamic group Lashkar-e-Taiba, literally Army of the Good, and often translated as Army of the Righteous, or Army of the Pure. Lashkar-e-Taiba’s main purpose is to challenge India’s sovereignty over the State of Jammu and Kashmir. But its ideology goes beyond that. In an Islamic fundamentalist pamphlet titled Why Are We Waging Jihad, Lashkar-e-Taiba writes that it wants to force Islamic rule over all parts of South Asia, Russia and even China. Further, it seeks to bring about a political union of all Muslims in countries that surround Pakistan.