Will Obamah be Elected Second Time? 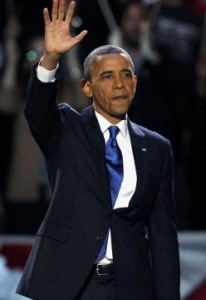 America’s first black president secured the 270 votes in the electoral college needed to win the race.

In his victory speech before supporters in Chicago, Mr Obama said he would talk to Mr Romney about “where we can work together to move this country forward”.

Mr Obama prevailed despite lingering dissatisfaction with the economy and a hard-fought challenge by Mr Romney.

His Democrats also retained their majority in the Senate, which they have held since 2007, while Republicans kept control of the House.

The BBC’s Mark Mardell in Chicago says the president is challenging his opponents, asking them to work with him.

The popular vote, which is symbolically and politically important but not decisive in the race, remains very close.