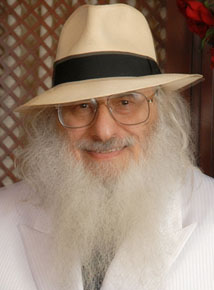 Professor Haralick has made a series of contributions in computer vision. In the high–level vision area, he has worked on inferring 3D geometry from one or more perspective projection views. He has also identified a variety of vision problems which are special cases of the consistent labeling problem. His papers on consistent labeling, arrangements, relation homomorphism, matching, and tree search translate some specific computer vision problems to the more general combinatorial consistent labeling problem and then discuss the theory of the look–ahead operators that speed up the tree search. This gives a framework for the control structure required in high–level vision problems. He has also extended the forward–checking tree search technique to propositional logic.

In the low–level and mid–level areas, Professor Haralick has worked in image texture analysis using spatial gray tone co–occurrence texture features. These features have been used with success on biological cell images, x–ray images, satellite images, aerial images and many other kinds of images taken at small and large scales. In the feature detection area, Professor Haralick has developed the facet model for image processing. The facet model states that many low–level image processing operations can be interpreted relative to what the processing does to the estimated underlying gray tone intensity surface of which the given image is a sampled noisy version. The facet papers develop techniques for edge detection, line detection, noise removal, peak and pit detection, as well as a variety of other topographic gray tone surface features.

Professor Haralick’s work in shape analysis and extraction uses the techniques of mathematical morphology. He has developed the morphological sampling theorem which establishes a sound shape/size basis for the focus of attention mechanisms which can process image data in a multiresolution mode, thereby making some of the image feature extraction processes execute more efficiently. He has also developed recursive morphological algorithms for the computation of opening and closing transforms. The recursive algorithms permit all possible sized openings or closings for a given structuring element to be computed in constant time per pixel.

In the area of document image understanding, Professor Haralick is responsible for the development of comprehensive ground-truthed data bases consisting of over 1500 document images most in English and some in Japanese. The data bases are issued in CDROMs and are being used all around the world by people who are developing character recognition methodologies and techniques for document image structural decomposition. He has developed algorithms for document image skew angle estimation, zone delineation, word and text line bounding box delineation.

In a series of papers, Professor Haralick has helped influence the computer vision community to be more sensitive to the needs of computer vision performance characterization and covariance propagation. His most recent work is in the pattern recognition area, particularly in the manifold clustering of high dimensional data sets, the application of pattern recognition to mathematical combinatorial problems and in the area of Torah codes, popularly called bible codes. In this area he has co-authored a book with Professor Eliyahu Rips, one of the coauthors of the original Statistical Sciences paper. Dr. Haralick’s research has helped develop sophisticated algorithmic and statistical methodology for Torah code experiments, methodology that can differentiate between the tables that are deceptively depicted as encodings in books like Moby Dick and War and Peace from those real encodings that occur in the Torah text.

Professor Haralick is a Fellow of IEEE for his contributions in computer vision and image processing and a Fellow of the International Association for Pattern Recognition (IAPR) for his contributions in pattern recognition, image processing, and for service to IAPR. He served as president of IAP in 1996-1998. He has served on the Editorial Board of IEEE Transactions on Pattern Analysis and Machine Intelligence and has been the computer vision area editor for Communications of the ACM and as an associate editor for “Computer Vision, Graphics, and Image Processing”, The IEEE Transactions on Image Processing and Pattern Recognition. He served on the editorial board of Real Time Imaging and the editorial board of Electronic Imaging. His publications include over 550 archival papers, book chapters, conference proceedings and books.