On December 26, 2004 there occurred a great undersea earthquake, magnitude 9.1, in the Indian Ocean. The epicentre was off the west coast of Sumatra, Indonesia.

The earthquake triggered a series of devastating tsunamis along the coasts of most landmasses bordering the Indian Ocean, killing large numbers of people and inundating coastal communities across South and Southeast Asia, including parts of Indonesia, Sri Lanka, India, and Thailand.

Analysis compiled by the United Nations lists a total of 229,866 people lost, The catastrophe is one of the deadliest disasters in modern history and is known in Asia and in the international media as the Asian Tsunami. 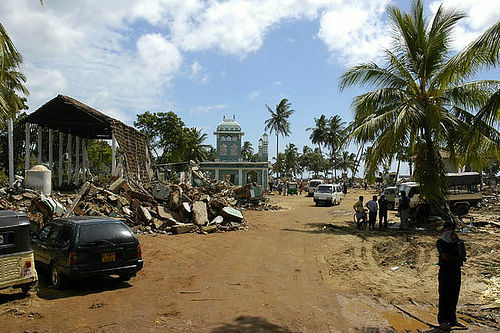 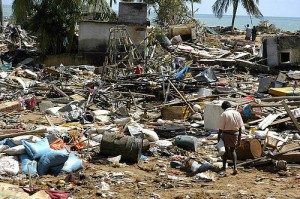 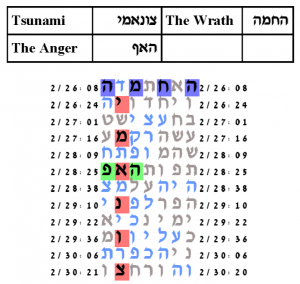 The expected number of ELSs is set to 50. The resulting table is on a cylinder size of 765 columns. The probability that a monkey text in the ELS random placement text population would have as small a table as this one is 29.5/1,000.