People in Florida have been feeling the first effects of Tropical Storm Isaac as it nears the US coastline. 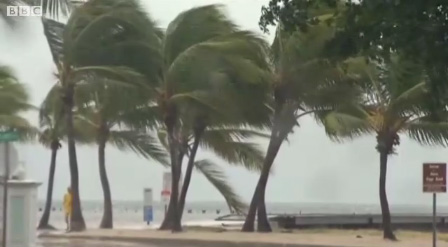 After lashing the Florida Keys overnight, Isaac is now heading towards the northern Gulf Coast.

Louisiana, Mississippi and Alabama have followed Florida in declaring states of emergency.

Hundreds of flights have been cancelled and oil and gas production is affected by a storm that has already killed at least nine, including eight in Haiti.

The Republican Party has delayed by a day the start of its convention.

Low-lying areas to the north of the Gulf of Mexico are on flood alert. Some mandatory evacuation orders are in place, says the BBC’s Jonny Dymond, in Tampa, Florida.

Alabama Governor Robert Bentley has cancelled his visit to the Republican national convention in the Florida city of Tampa and Louisiana Governor Bobby Jindal may do the same, as they prepare emergency responses in their states.

The Hurricane Isaac in Bible Codes by Rabbi Glazerson