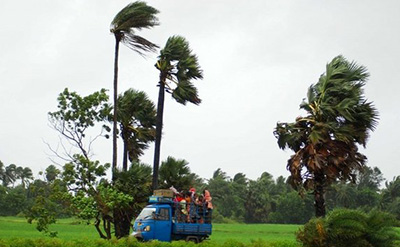 As many as 500,000 people in India have been evacuated as a massive cyclone sweeps through the Bay of Bengal towards the east coast.

The Meteorological Department has predicted the storm will bring winds of up to 220km/h (136mph).

But officials say this time they are better prepared, the BBC’s Sanjoy Majumder in Orissa reports.

‘Cyclone in India in 5774′ in Bible Codes by Rabbi Glazerson