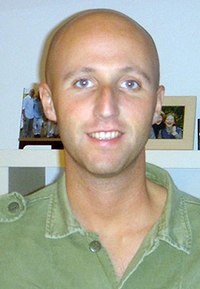 Australian Ben Zygier – better known as “Prisoner X” who apparently committed suicide in December 2010 in Yigal Amir’s purpose-built, suicide-proof cell – confided to at least two friends that he had been recruited by Mossad, Haaretz can reveal.

One of his friends from Melbourne, who spoke on Thursday on strict condition of anonymity, said that he had met Zygier in a bar in Tel Aviv about a decade ago.

“He told me he’d just been recruited,” he said. “I was in shock. It’s the sort of thing people usually joke about but I had no reason to doubt him at all.

“Usually that sort of information would be a conversation starter. But I didn’t ask anything and he didn’t elaborate. I later found out I wasn’t the only one he told.”

The source named another of Zygier’s close friends from Hashomer Hatzair youth movement who he had also shared his state secret with.

Asked if Zygier ordinarily talked himself up, he said: “Not at all. He was very serious and very quiet.

“I don’t see Ben as someone who would have been a double agent. He was a proud Zionist.”

Most of more than a dozen of Zygier’s friends and acquaintances contacted by Haaretz declined to speak publicly as the wall of silence continued to cloak the story. [...]

‘The Agent Ben Zygier’ in Bible Codes by Rabbi Glazerson