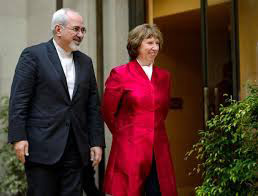 U.S. officials said late Thursday that Secretary of State John Kerry will fly to Geneva Friday to participate in the nuclear negotiations — a last-minute decision that suggests a deal could be imminent.

Zarif told CNN Thursday he believes “it is possible to reach an understanding or an agreement before we close these negotiations tomorrow evening,” adding that Tehran was not willing to suspend uranium enrichment “in its entirety.”

Iranian negotiators, led by Zarif, met the United Nations contact group Thursday in Geneva for talks that could be decisive in easing tensions over Iran’s nuclear program.

‘News on Iran’ in Bible Codes by Rabbi Glazerson