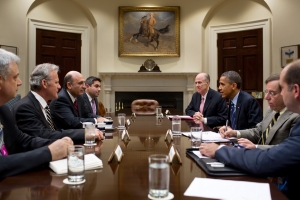 Netanyahu, Ehud Barak and Mofaz are telling their nation and the world: We are leaders in a country of dwarfs, its citizens are all boors and idiots, and we can sell them any lie.

The delegitimization of Israel has been accelerating at a dizzying pace these past couple of weeks − only this campaign is being waged here, in Israel, not by critics abroad.

This latest attack of delegitimization is much more serious than what goes on in the rest of the world. This time the country is being delegitimized in the eyes of its own people. In the end, not only will the world stop believing Israel, Israelis themselves will stop believing in it or its institutions.

So the international organizations are asked to hold their fire. The people at the top here are doing the work for them. A line, albeit a crooked one, connects the mischief leading to the “unity” government to the state’s mischief in the case of Beit El’s Ulpana neighborhood, and this line spells out only one thing to Israelis, particularly younger ones: Fraud and lies are the way to go.