Iran – The Source of Terror 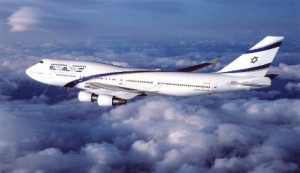 A Lebanese man who was detained by Cyprus police for planning attacks against Israeli tourists was planning the attacks for Hezbollah, local media quoted security officials as saying on Saturday.

According to press reports from the newspapers Sigma Live and Phileleftheros, security forces in Cyprus arrested a 24-year-old Lebanese citizen, who also holds a Swedish passport, after receiving information from Israeli intelligence. The man was in possession of photographs of Israeli targets, and information on Israeli airlines flying back and forth from Cyprus.

On Friday, the police spokesman Andreas Angelides said that the Cypriot authorities had “an individual in custody on possible charges pertaining to terrorism laws.”

The suspect came to Cyprus as a tourist on Thursday, July 5. Immediately after that, an urgent message was transferred to Cyprus from Israeli intelligence, saying that the man intended to carry out attacks. Last Saturday, July 7, after a day of tracking the suspect, Cypriot security forces raided the hotel of the Lebanese citizen in the southern city of Limassol, and arrested him in his room.

Iran- the Source of Terror in Bible Codes by Rabbi Glazerson