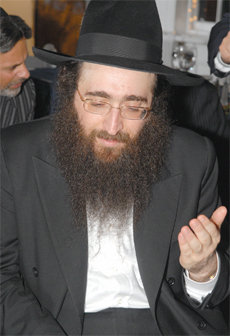 Rabbi Yoshiyahu Yosef Pinto is a revered and respected spiritual leader, philanthropist and business advisor, and the founder of the Shuva Israel Community, a global organization with synagogues, learning institutions and social service outreach to the needy in the United States and throughout the world.

Born in Ashdod, Israel, on the first day of Rosh Hashana in 1973, Rabbi Pinto descends from two ancient and distinguished Sephardic rabbinical dynasties, the Abuhatzira Family and the Pinto Family.
At the age of 20, he married Rivka, the daughter of Rabbi Shlomo Ben-Chamo, the Chief Rabbi of Argentina. They lived in Kiryat Malahi, where they sold the house they had been given as a wedding present, bought a small building and opened a small Yeshiva, which also served as their home.

As the Yeshiva became established, the number of people seeking the Rabbi’s guidance grew, but he was very uncomfortable with all of the attention he was beginning to receive.  He was advised to use his influence to bring people closer to their religion, and he established a style of leadership that positioned him not as a “Baba,” or traditional leader, but as a spiritual shepherd who lived and worked among his people, learning and advancing alongside them everyday.  His belief that no one can truly know or measure the spiritual heart of another, led him to a more individualized approach to counsel, as opposed to traditional teaching in accordance with specific Jewish sects.

After embracing his calling as a Jewish spiritual leader nearly a decade ago, the Rabbi became known as a guide for many people with diverse needs, backgrounds and lifestyles, his popularity grew exponentially and his counsel is now sought from thousands of people around the world.  In 1997, he founded an organization called Shuva Israel, through which he currently leads thousands of people in New York City (Manhattan, Brooklyn and Queens), Los Angeles, Miami, Israel and Argentina. 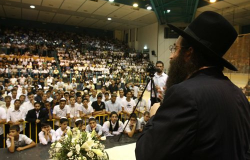 Though consulted by some of the most prominent and wealthy business leaders of our day, Rabbi Pinto himself owns no property, investments or other worldly possessions, save for the clothing required to go about in the world. His one mission is very simply to help, counsel and heal.