Maccabi the champion of Europe 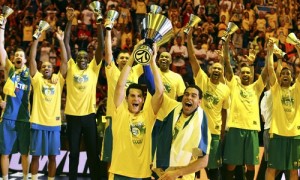 What was deemed as impossible just a few months ago became a reality on Sunday night, with Maccabi Tel Aviv recording a stunning 98-86 overtime victory over Real Madrid in Milan to claim a sixth European championship title in club history.

Maccabi’s mere presence in the Euroleague Final Four was a huge surprise, but the yellow-and-blue never had any intention of just making up the numbers in Milan, coming back from 15-points down to snatch a dramatic win over CSKA Moscow in Friday’s semifinal.

‘Maccabi the champion of Europe’ in Bible Codes by Rabbi Glazerson