The Atomic Threat of North Korea 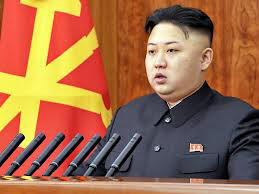 United Nations Secretary-General Ban Ki-moon is urging calm amid the latest rhetoric from North Korea, suggesting an impending war with the United States and South Korea.

“Nuclear threats are not a game,” Ban said at a news conference in Andorra on Tuesday. “Aggressive rhetoric and military posturing only result in counter-actions, and fuel fear and instability.

“Things must calm down, as this situation, made worse by the lack of communication, could lead down a path that nobody should want to follow.”

North Korea vowed on Tuesday to restart a nuclear reactor that can make one bomb’s worth of plutonium a year, escalating tensions already raised by near daily warlike threats.

Click Here if you have problems viewing this video