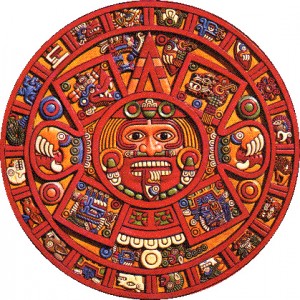 The ancient Mayans welcomed spirit into their everyday living. Every movement was lived as a ritual edifice. Their religious perspectives and practices helped align their consciousness with the sanctity and unity of all that was around them. The earth, the deserts, the mountains, the rivers, and the stars were all alive and patterned with meaning. The Mayans belonged to these worlds of nature. They remembered them, maintained them, took care of them, and lived their sacred life with them.

The Mayans are among the oldest of the Mesoamerican peoples. They were a diverse people speaking 31 languages (David Webster, The Fall of the Ancient Maya Thames and Hudson, London 2002, p40). They occupied the geographic areas known today as southeastern Mexico, especially the Yucatan Penninsula, and the Central American areas known today as Honduras, El Salvador, Guatemala, and Belize.

Of the pre-Columbian Americas, the Mayans are the principle people who developed a fully written language. The script is called logosyllabic. Individual symbols (“glyphs”) could represent either a word (actually a morpheme) or a syllable; indeed, the same glyph could often be used for both. Recent archaeological finds in Guatemala date the earliest Mayan writing found so far to about 250 BCE. The Mayan culture had spectacular art, monumental architecture with pyramids, and a sophisticated mathematical and astronomical understanding.